skip to main | skip to sidebar

Well, right now it's snowing, but yesterday it was sunny though really cold. There was a cold wind blowing, and because I've been having problems with my asthma all week, I didn't want to dig up more heavy, soaken soil. In any case, the soil in my garden box was frozen so I imagine the soil to be dug up was not much different. 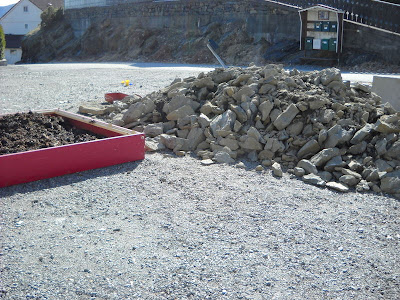 But as always there is a lot of work to get done. We have received a gift of stone during the week. When my brother-in-law was living, he worked with excavators, stone, dump trucks and hauling services, etc. My husband is still quite good aquaintences with some of my BIL's old work mates and they are often only happy to help us out once in a while. We've been needing lots of stone to work with, and this is what we received this week.
Concerning my garden. Everything is going well with it despite the fact nothing is really happening at the moment. But it appears that the neighbors are really impressed and my mother-in-law is impressed beyond impression. So all is right with the world at this point of time.
However, my husband has said to me: It is pink, you know.
Me: Is this a problem?
Him: Not in and of itself, but if we're going to do this and make it bigger in the years to come, we should probably be a little bit more professional about it.
(Well okay - he didn't exactly say it like that..... but it was good enough for me as I would much rather do this kind of work than anything else this weekend). 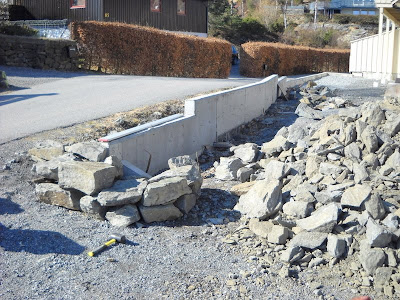 In the meantime, we had told my kids that they had to do 30 minutes of work for us hauling rock to both sides of the cement wall we're working on. They of course thought that this was the absolutely worst thing that could have happened to them. If you closed your eyes and only listened to them, you would have thought that we were the absolute cruelest of parents by all their crying, complaining and screeching at times. They complained that they were tired, had sore arms, sore legs, were sick to their stomachs, etc. My daughter even said she had a broken bone in her foot. However, as always, when the 30 minutes of work was finished (which took 45 minutes because of the rest breaks needed), the sprang off to their friends and were not heard from again for another 2 hours. 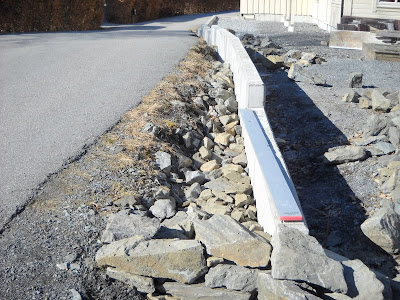 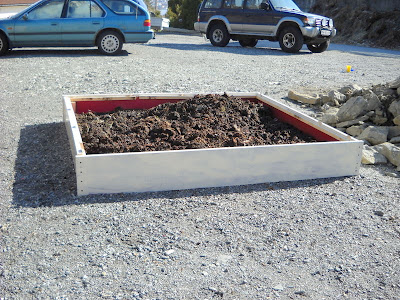 And here is how my garden looked after the first coat of paint. The same color as the house and the sheds we have.

Nice family-project, Nicole ;-) Had a good laugh on several moments, so thanks. Your garden looks great and bet everyone is impressed, especially after all the tough labour (even for the kids!). I am impressed too.
Enjoy next stages and please keep us posted.

Thanks for the information and links you shared this is so should be a useful and quite informative!
handmade organic soap

Items from My Etsy Store

Who Has Come To Visit Me 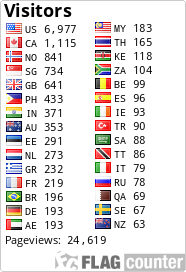